Henry Hack is a lifelong New Yorker from Queens. He served 22 years in the Nassau County, NY Police Department including 10 years in the Police Laboratory where he was qualified as an expert witness in several forensic fields including blood, narcotics and trace evidence. He was the Lab's commanding officer for three years and also commanded the Eighth Precinct in the Patrol Division. He resides on Long Island and in North Carolina with his wife Lorraine. When he is not writing, Henry enjoys golf, traveling and visiting with family and friends.
Danny Boy (2009) is the first novel in a series featuring NYMPD Detective Daniel Boyland. The second is Cases Closed (2012) and the third is Mommy, Mommy (2013).
A new series began in January 2013 featuring NYMPD Police Officer Harry Cassidy with the publication of Cassidy's Corner. The Last Crusade followed in June 2014 and The Romen Society in March 2015.
Portraits in Blue, a collection of fourteen stories was published in September 2015.

The judge in the Writer's Digest 21st Annual Self-Published Book Awards commented on Cases Closed as "...a prime example of a well-written mystery and suspense novel by someone who knows how the system works. From the first page to the last, readers will be riveted to the story and not be able to put it down." Check out my website www.henryhack.com for more information.
Books by: Henry Hack 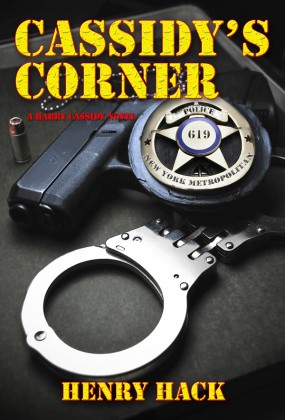