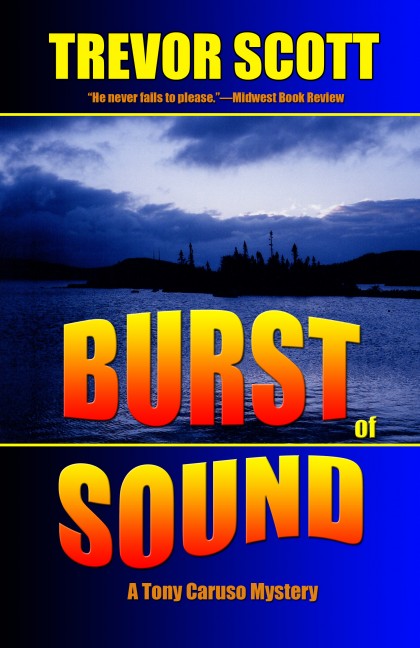 Still living out of the back of his Ford pickup truck in the Pacific Northwest, Tony Caruso is hired to find his old Navy buddy, missing for a week in the Puget Sound area of Washington. Tony is on the case for less than a day when someone blows up a forest service building, killing a man, and attracting the attention of FBI special agent Bob McCallum, Tony’s old nemesis, who was now in charge of the Seattle office. Curious as usual, Tony goes to the fire site with his bomb-sniffing giant schnauzer, Panzer. McCallum suspects the Environmental Defense League, a radical group responsible for everything from setting fire to SUV lots to releasing animals from fur farms. But this is their first murder. When Tony suspects his Navy buddy might be involved, he is conflicted on how to proceed. As more EDL incidents occur across the Puget Sound, Tony has no choice but to ratchet up his investigation. And now his own life is in danger.