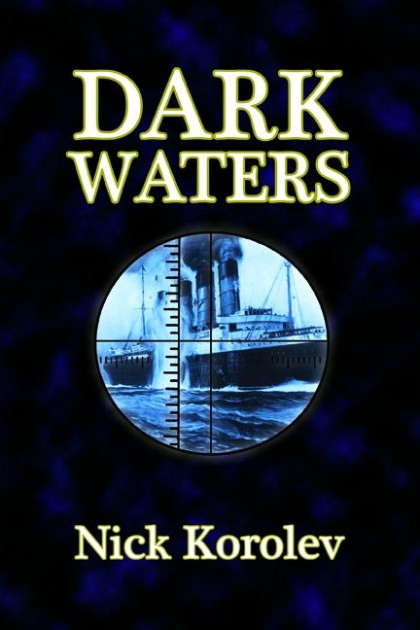 Dark Waters is the tale of the sinking of the Lusitania on May 7, 1915. This high seas adventure tragedy is told from the viewpoints of Captain William Turner, her master, Junior Third Officer Albert Bestic, millionaire Alfred Vanderbilt, theater impresario Charles Frohman, and Kaptain Leutnant Walther Schwieger of the U-20 submarine who sank her. Added are the viewpoints of the fictional characters German-American Kate Sterner, a New York dress designer who is taking the voyage to England with her English fiancé Thomas Colburn, a wealthy industrialist with June wedding plans, and Unterofizier Gunter Lott, the head torpedo mechanic on U-20 with family problems back home. All are swept into the 9/11 of their time in a fateful encounter which left twelve hundred men, women and children dead in an historical incident that rivals the Titanic in scope.

Nick Korolev was born in New Jersey and grew up in a boating family. His love of the sea and all things maritime from tall ships to submarines often shows in his writing of maritime historical fiction. Other inspiration is grounded in his love and vast experience with animals from personal pets to wildlife and Civil War studies. He is a member of the top Civil War living history group,...