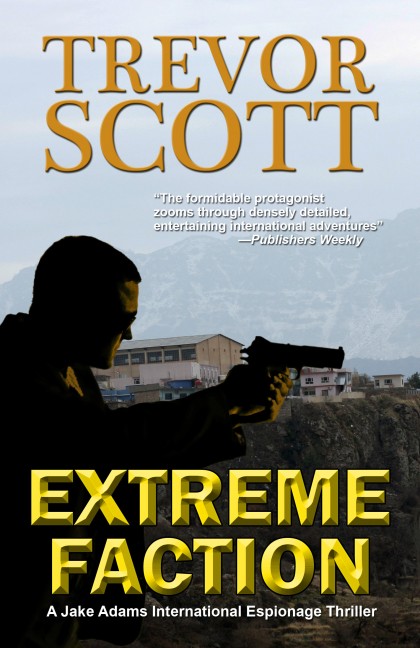 Jake Adams, former CIA officer and Air Force Intelligence captain, is back with a new thrilling adventure. This second installment pits Jake against some of the most idealistic terrorists ever to strap on a suicide bomb. Jake is hired by a Portland, Oregon company as a private security agent during an international agriculture conference in Odessa, Ukraine. When a world-renowned bio-chemist is murdered, Jake seeks his killer. The scientist had been the foremost authority on chemical and biological weapons, developing the most deadly agents for the former Soviet Union. But now he was supposed to be a staunch opponent of those weapons. Was he still secretly developing those deadly weapons? Across the world, a small group of terrorists poison the entire Johnston Atoll Chemical Agent Disposal System facility on the tiny North Pacific island killing scores of people, and then steal a cluster bomb with over a hundred nerve gas bomblets. Jake battles a deadly group of terrorists who will stop at nothing for their cause. EXTREME FACTION brings all the old agents from the U.S., England, Israel and Russia back together again. The names might have changed, but the games remain the same. Jake travels to the Kurdistan mountain region, where he encounters some of the most deadly, idealistic terrorists on earth. He finds a plot so diabolical, so insidious, that only the most astute would understand it. And those who would normally despise such actions, have actually embraced it this time. Only one man can stop the deadly plan...Jake Adams!