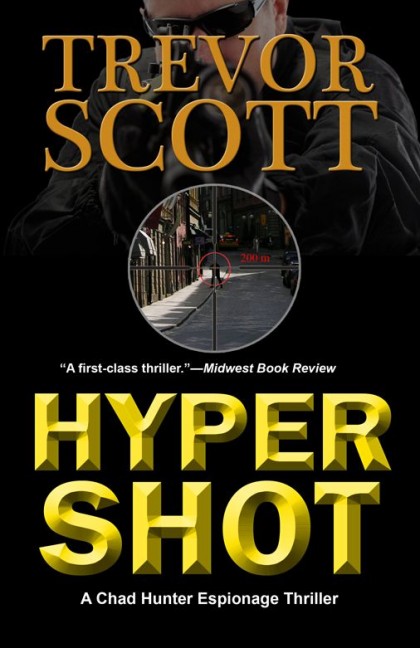 In a time when the U.S. military is shrinking, our leaders are turning to high technology as a force equalizer. America has not had a new hand-held rifle since the M16 was introduced in the 1960s. Now there's a new gun ready to take its position as the NATO standard. A gun so sophisticated, so fast, so unbelievably accurate, it will turn the average shooter into an expert marksman almost instantly. The problem is, it was developed by a German company with no U.S. production contract. That's where Warfield Arms, a Denver gun company, enters the action. Warfield hires Chad Hunter, a private weapons designer who had worked for the German company, to go to Germany to convince the company that Warfield is the perfect partner. To sweeten the deal, Hunter must first convince Frank Baldwin, a struggling optics engineer from Wyoming, who has developed the most advanced rifle scope ever conceived, that his scope would be the perfect match for this new German rifle. With the scope as bait, the Germans would surely deal. What Hunter and Baldwin find in Germany during the middle of the Oktoberfest celebration, could just get them both killed. Other countries and private factions would like this new weapon, and some in Germany want it only for that country.