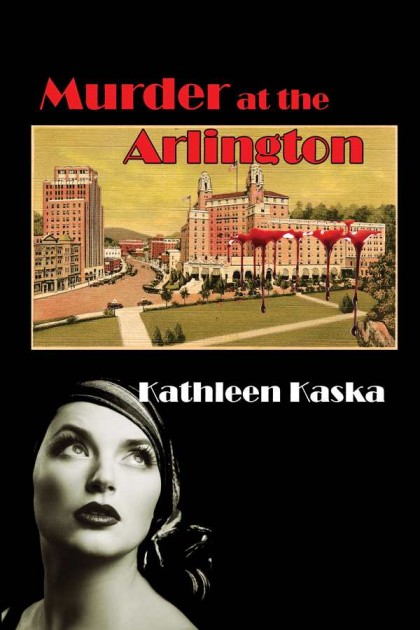 Murder at the Arlington

It's 1952. Reporter Sydney Lockhart checks into the historic Arlington Hotel in Hot Springs, Arkansas. Before she even unpacks, she discovers the brutally murdered body of the hotel’s bookkeeper. What had begun as a simple travel-writing assignment now turns into a murder investigation. The bad news is that Sydney is a suspect. Determined to clear her name and prove herself a reporter deserving more than just travel assignments, Sydney becomes embroiled in the underworld of gangsters and gamblers. In her fight for the truth, she soon faces a more urgent battle: saving her own skin.

Kathleen Kaska, writer of fiction, nonfiction, travel articles, and stage plays, has just completed her most challenging endeavor. The Man Who Saved the Whooping Crane:The Robert Porter Allen Story, a true story set in the 1940s and 50s, is about Audubon ornithologist Robert Porter Allen whose mission was to journey into the Canadian wilderness to save the last flock of whooping cranes before encroaching development wiped out their nesting site,...

Murder at the Arlington

Murder at the Luther