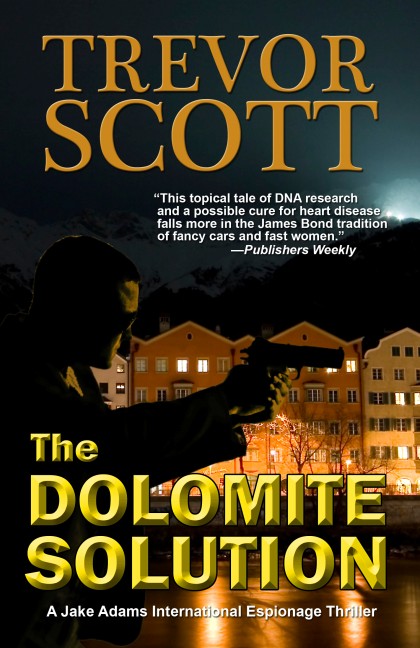 Murder, suspense, and intrigue propel this third Jake Adams mystery thriller from the Dolomite mountains of northern Italy, to the winding back streets of Innsbruck, Austria, and across the Atlantic to Rhode Island’s Narragansett Bay area. Two scientists have discovered the DNA link to heart disease in a remote Italian mountain village, and a way to synthesize it and begin selling it to the general public. They’re up for the Nobel Prize and set to make millions after teaming up with an Austrian biotechnology company. But there are factions who make a good living off the number one killer in America, and other companies that would like the solution for themselves. When someone kills one scientist and tries for the second, trying to steal this new cure, only one man can bring The Dolomite Solution to the public...Jake Adams!