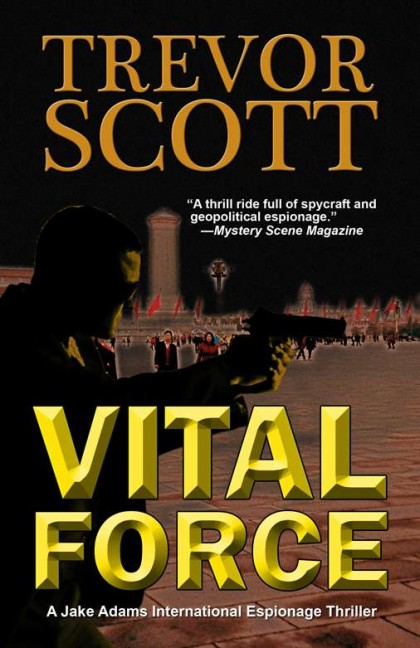 Jake Adams is back with his fourth thrilling adventure. When an old Cold Warrior from Russia asks Jake to observe the launch of their newest ICBM, Jake finds himself in the taiga of the Russian Far East. But something goes terribly wrong with the missile, and the Russians discover an American plane has shot down the missile with their new Airborne Laser system. This event sets into motion a chain of events that span from the U.S. capitol, California, the Pacific Northwest, a remote Aleutian Island, and across the Pacific to China and South Korea. Jake is recruited back into Network service undercover in China, where he battles with double agents, the Chinese Army, and even the elements, as he struggles to discover his enemies. Everyone wants this new laser system, but Jake must ensure it doesn't get into the wrong hands. In a harrowing finale, only one man can keep the laser system away from the other factions. . . Jake Adams!