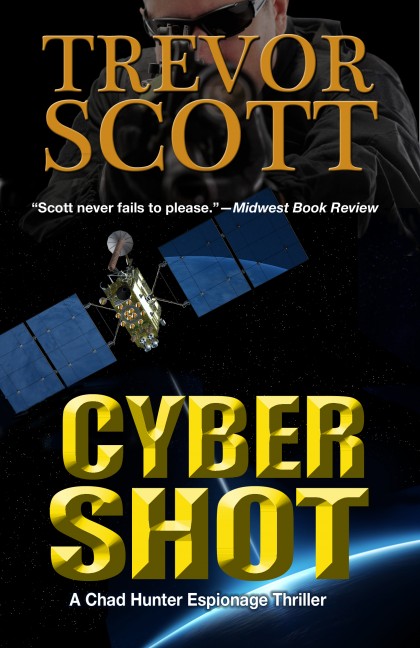 When a series of events bring Chad Hunter and hot Agency super spy Sirena back together again, the action gets ramped up immediately. Chad has been hired by the Defense Department to develop a new weapon system based on the Hypershot rail gun system, with a scheduled test looming from a remote site on a volcano in Ecuador.  While attending a United Nations World Conference on International Telecommunications in Brazil, Chad runs into Sirena.  After a terrorist group bombs the hotel, killing a number of diplomats, and almost killing Chad and Sirena, the two of them join forces to discover who was behind the bombing.  Did the bombing have anything to do with Chad’s weapons test? Eventually, Sirena must choose between her allegiance with the Agency and her friendship with Chad, while both run for their lives from the remote Ecuadorian forest to the steamy shores of Columbia, fighting a brutal force of hired killers, government agents and a cabal of bureaucratic numbskulls determined to bring them both down.